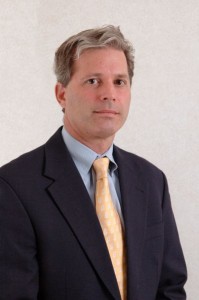 Loathed by associate physicians and loved by practice owners, non-compete clauses are standard features in physician contracts.  An understanding of these provisions is thus essential for all concerned.

What exactly is a “non-compete” or “restrictive covenant” clause?  The standard provision prohibits a departing associate from practicing in the immediate vicinity of his former employer.  For example:

“Physician agrees that upon his termination of employment by Medical Practice for any reason, and for two (2) years thereafter, he shall not practice [insert medical specialty] with a 5 air mile radius of any office of Medical Practice that exists on the date of termination.”

The purpose of such a clause is to protect the medical practice’s intangible assets, in the form of its patient base.  To make a new associate physician successful, the employing medical practice must promote the associate and introduce him or her to the existing patients and referral sources.  By virtue of such introductions, the associate develops “insider” status and enhanced ability to appropriate these patient and referral relationships for himself, should he leave the employing medical practice.  The non-compete clause is intended to neutralize this threat.  The clause effectively prohibits the associate, should he leave, from using his insider status to unfairly compete with his former employer.

Sounds like a good deal for the employer, right?  Absolutely.  But the employer’s ability to restrict its former employees is not unlimited.  A non-compete clause is not “self-executing” like a physical wall or fence, that performs its function simply by existing.  Non-compete clauses depend on enforcement via the court system, and many judges are suspicious or even hostile to non-compete clauses as unfair restrictions on the associate’s right to practice his or her profession.

In most states, though, a “reasonable” non-compete is enforceable.  “Reasonable” means that the covenant is not excessive in terms of the geographic territory that the employer seeks to protect, or in terms of the length of time that the employer seeks to keep the associate out of that territory.  For example, it would be unreasonable for a family practitioner with one office in in New York City to attempt to keep his associate from competing in the “New York metropolitan region” because this far exceeds the scope of the practitioner’s drawing area, and constitutes an undue restriction on the associate’s ability to make a living.

So for the employer, there is a tension between two factors:  (a) the employer wants to keep the associate as far away as possible for as long as possible; but (b) if the non-compete clause is too expansive, the court may refuse to enforce it at all, because it is too much of a restriction on the right of the associate to earn a living, or because it would deprive too many patients of access to needed medical services.

The challenge, for the employer and employer’s attorney, is to come up with a clause that adequately protects the employer but is still legally enforceable.

Aside from this drafting challenge, there is the separate challenge of actually getting the associate to agree to such a clause.

Another problematic situation is this. An entrepreneurial young physician is contemplating starting his own practice in the employer’s vicinity.  At the same time, he is attracted by the employer’s practice as a means to avoid the hardships of building a new practice.  However, if the proposed non-compete is too onerous, he plans to simply proceed his original plan: the start-up.  Should the associate do this, the employer will have a new competitor.  Perhaps it is better for the employer to “soften” the proposed non-compete, such as with a pre-agreed money buyout option, rather than risk the chance that the associate will refuse to sign and then start a competitive practice.

This change is frequently requested by the associate (or his attorney).  The idea is that if the employer terminates the associate “without cause,” the employer may be acting arbitrarily or unfairly.  In this case, it is argued, it would be unfair to restrict the associate’s future practice options.

This sounds reasonable, but from the employer’s perspective, it is a compromise that should be rejected.  Why?  Because a “without cause” termination is not necessarily, or even likely, to be arbitrary.  The termination of an associate physician represents the loss of a huge time-and-money investment by the employer in human capital (personnel).  Such a painful step is nearly always undertaken only as a last step, when all else is failed.  The termination is characterized as “without cause” not because there is no reason for the termination; rather, it is characterized as such because the term “cause” has been defined very narrowly (e.g., loss of medical license) or would otherwise be legally problematic to invoke.  “Cause” typically includes dramatic events like loss of medical license, sanction by government health care program, or commission of a felony.  “Cause” generally does not include “bad attitude”, poor production, or personality conflict, all of which are less dramatic but still good reasons to end the relationship.

Another challenge with non-compete clauses is selecting the appropriate remedy, if the clause is breached.  There are two possibilities: (a) a court injunction (an absolute prohibition on competitive practice for the duration of the non-compete period); or (b) money damages (the associate is permitted to practice competitively, but must pay damages to the former employer, as compensation).

In some states, such as Delaware, only money damages are allowed.  In most states though, either remedy is potentially allowed (assuming that the covenant otherwise meets the state’s criteria for enforcement).

In most cases, if state law permits, the preferable remedy, from the employer’s perspective, is the court injunction.  It is simply too hard, many times, for employer and employee to agree on the money damages remedy, which is a dollar figure (or formula, such as a multiple of W-2 monies previously paid to the associate) that is inserted into the contract.  The associate is outraged by the high dollar figure proposed by the employer as adequate compensation.  The employer is insulted by the paltry, token sum proposed by the associate.

By contrast, the injunctive remedy simply says that the associate will not compete.  There is no need to agree on a damages number.

Separate and apart from the non-compete prohibition, the associate contract may also contain a non-solicitation/confidentiality covenant, as follows: