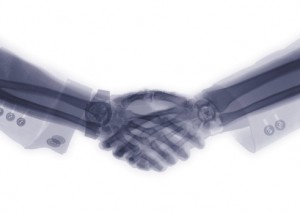 Medical practices operating in discounted fee for service managed care markets must address all of the financial and nonfinancial issues involved in a relationship with a managed care plan. These issues are spelled out in the provider contract between the managed care plan and its participating physicians.

Success in changing managed care contracting terms usually varies from locale to locale. However, success can be achieved if the practice has the LEVERAGE to negotiate or renegotiate favorable contract rates and terms. Leverage can be achieved in many ways; however, if a practice does not have this kind of leverage, most practices will have to accept what is offered to them by the managed care plan. More often than not, this will usually have a major impact on the finances of the practice. Medical practices must position themselves in a way so that they can successfully negotiate or renegotiate changing rate schedules.

Leverage can take many forms. As such, practice owners need to be on the look out for them or begin the process of positioning the practice for leverage. Without it, contract negotiations will most likely fail.

If doctors leave a network, the patients they treat will have to seek other providers, which they may or may not like. If doctors leave the plan and patients have to switch doctors as a result most will complain to their employers. This often gives a negative impression about the managed health plan, which of course they want to avoid. This might impact the health plan’s ability to keep certain employers as customers in the future.

So to gain this type of leverage, most physicians are merging their practices together to gain size and leverage (and access all of the other benefits of a merger). In doing so, practices must always be aware of the federal antitrust rules. The federal government basically does not like situations where doctors come together in numbers simply to negotiate against a managed care plan.

When negotiating using the numbers strategy, keep in mind this important point: If the payers perceive that it has alternative provider choices should a particular doctor or number of doctors leave the network, contract negotiations will be difficult. If the payer feels it would have adequate coverage within its network should certain physicians leave its network, the payer is asking itself why it should concede anything during the negotiation. Success during this type of negotiation would depend on whether the medical practice had possible geographic leverage or leverage through documented clinical quality.

Managed care plans generally do not want to run into a situation where the patients will not have easy access to the doctors within the health plan’s provider network. When this occurs, the network has what is often called “geographic holes” in the provider service area. Payers want to avoid this predicament because in time patients will begin to get very upset if they have to drive a perceived long distance to see a doctor, resulting in subsequent complaints to their employers. This could have a negative impact on the managed care plan because employers want their employees to be happy with their health insurance benefits. If the problem is not cured, it could cause the employer to switch to another plan with a broader, more complete, provider panel. As a result, the health plan could lose some business.

Not having competition is another form of negotiation leverage. If the practice is the only medical specialty in a particular service area, it usually has leverage against managed care because the managed care plan has no or few contracting alternatives. For example, take the pediatric subspecialty practice that is the only subspecialty practice in the service area. In this situation, the managed health plans are usually agreeable to a negotiation because they know the practice has the ability to stay out of the network. This means the practice will be paid at higher reimbursement rates. The payer will have to concede something if it wants these doctors in their network at a negotiated discount off the practice’s regular fee schedule. Becoming an “in-network” provider could be an advantage to a practice because it reduces the amount of “ red tape” often associated with out-of-network providers (i.e. the difficulties associated with getting approval to treat a patient as an out-of-network provider).

Circumstances become somewhat clouded when there is more than one doctor of a particular medical specialty in the service area. The first one willing to go “in-network” will reduce the leverage of the other practice(s) because the payer now may have a contracting choice. This choice could be limited if the practice(s) going in-network do not provide adequate geographic coverage as described above.

Also, keep in mind the recruitment of a new provider to the area might impact future contract negotiations. This is one reason why a practice with real leverage may want to go in-network if favorable rates and terms can be negotiated. This is because any new doctor to the area, assuming the doctor will set up a competing practice, just might accept managed care contracts freely. In this situation, the practice that decided to remain out-of-network could find difficulty with future contract negotiations.

The next form of leverage is utilization and outcomes data (i.e. quality). Practices and their owners who are progressive enough to obtain, assemble, and analyze outcomes data will have a significant amount of leverage against managed care plans. Why? Most managed care payers usually pay all of their network providers at the same rate schedule, usually some percentage of the Medicare fee schedule. If a practice can present data showing it is a lower cost provider with the same or better clinical outcomes than the other doctors of the same medical specialty on the panel, the managed care plan might consider giving the doctors some kind of an increase in reimbursement. If the managed care plan does not, it shows the employer community and their enrollees that is does not care about quality. Obviously they do not want something like this to be exposed.

The following are a few samples of some of the most common quality indicators:

§  Cost per patient for a particular series of diagnosis codes

§  Surgeries performed as a percent of patient encounters

§  Lengths of stay in the hospital

§  Number of repeat visits due to surgical complications

It is important to remember that managed care plans do not go out to doctors on their own volition and give them an increase in reimbursement rates. Doctors must be the ones to ask for such an increase. Medicine needs to become more efficient, but this is a process that is not going to happen overnight. However, it is the practices that do become efficient and cost effective who will most likely end up the true winners in the managed care reimbursement playing field.

Treating many patients enrolled with the payer might be another form of leverage. If a group of doctors are treating many of the plan’s enrollees as patients, obviously the plan does not want to lose this group. If so, the patients – even though they often don’t want to — will have to find other doctors.  Patients often become attached to their physician and want to remain with them. This is particularly true of any primary care practice, such as family practice, pediatrics, and even Ob/Gyn. Managed care plans understand this and work to prevent it.

The final form of leverage is contract termination by the doctor or the practice. As obvious as it is, this is the most dangerous form of leverage. There will be situations where a practice will terminate a contract just to force the managed care plan back to negotiating table. But what happens if the plan calls this so called “bluff’? The doctor or doctors could end up losing revenue in this instance since they might lose access to patients. However, you could still treat the patients as an out-of-network provider in this case.

The bottom line is that all participants must work together to counter changing reimbursement patterns by all managed care payers. No doubt, there will be conflicts. However, the true winners in the managed care marketplace will be those health care providers that take a very proactive stance by first looking at the “forest over the trees,” and then developing a strategy or strategies to gain leverage over managed care.  Position your practice for contracting success.

2009-03-05
Brad Broker
Share
Previous Taxes Under Recent Legislation and Guidance: What You Need to Know for Your 2008 Tax Returns and 2009 Tax Planning
Next America is in "Desperate need for primary care physicians"