Breaking News
Home / Featured / Taxes Under Recent Legislation and Guidance: What You Need to Know for Your 2008 Tax Returns and 2009 Tax Planning

Taxes Under Recent Legislation and Guidance: What You Need to Know for Your 2008 Tax Returns and 2009 Tax Planning 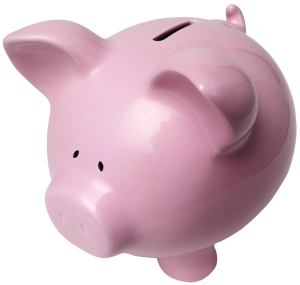 By now, most individuals are aware of the economic downturn that has gripped the nation and the world since early-2008.

Late in 2008, the relentless wave of economic bad news placed an exclamation point on the toll experienced by the financial markets, the housing market, and the economy in general.  Like a freight train out of control, the news triggered near-panic selling activity accelerated the economic decline in unprecedented terms.  Perception and fear became reality, forcing Congress to act.  Their response was slow but, in some respects, plentiful.

Regarding taxation, the Congressional response to the economic downturn actually began in late-2007 and continued throughout 2008.  During that time, lawmakers passed significant legislation on several occasions.  In addition, the Internal Revenue Service provided updated guidance on numerous occasions for taxpayers, culminating in recent internal guidance to be a “kinder and gentler” IRS.

In general, the aim of Congress and the IRS has been to provide economic assistance to taxpayers by reducing taxes, although traps for the unwary remain.  This is particularly so in the case of the Congress, which found itself in the precarious situation of having to pay for the tax breaks by enacting measures to increase taxes in certain cases.

This article sets forth some general, yet important, aspects of the legislation and guidance that taxpayers need to know for the preparation of their 2008 tax returns.  In addition, this article addresses some planning opportunities available for 2009.

Tax return preparation is complex, particularly in the case of high net-worth taxpayers, such as physicians.  The level of complexity is exacerbated by the annual uncertainty that annually arises in the case of certain provisions such as the alternative minimum tax (AMT).

The AMT now applies to a broad range of taxpayers due in part to the fact that exemption amount, which is an integral part of the tax computation, is nonetheless quite minimal and (by inadvertent design) has not kept up with inflation.  As a stopgap measure over the last few years, Congress has enacted temporary (one-year) increases in the exemption amount.  In each case, however, the increased exemption amount has been allowed to revert after year-end to its non-inflationary (minimal) amount.

To punctuate the problem, the one-year stopgap measure has typically been enacted late in the year giving taxpayers little or no time to prepare.  For example, the stopgap measure for 2007 was enacted late in December 2007.  Until that point, taxpayers were unsure whether the exemption amount would be minimal or would be increased to a higher, more meaningful amount.   This made for a planning nightmare in 2007, and 2008 was no different.

Congress ultimately acted in 2008, albeit late in the year.  Thus, for 2008, it was again impossible to plan.  Nonetheless, we have our increased exemption for 2008 and physicians need to make certain that their tax preparation software is updated for these increased exemption amounts.

Several tax benefits that expired at the end of 2007 were renewed for tax-years 2008 and 2009.  As a result, eligible taxpayers can claim the deduction for state and local sales taxes, if they so elect.  Eligible taxpayers may also claim a deduction for tuition and fees.  The rules permitting tax-free charitable distributions from individual retirement accounts were extended.  Specifically, individuals who are age 70½ or older can transfer up to $100,000 of their IRA balance to charitable organizations in 2009 (and were permitted to do so in 2008) without any tax liability.  Typically, such transfers are taxable.  Note that, since such a transfer is not taxable, the taxpayer is also prohibited from claiming a charitable deduction (which would normally be significantly limited under the phase-out rules that usually apply to a physician’s itemized deductions).

Physicians are entitled to a significant depreciation benefit on their 2008 tax returns.  Specifically, physicians may deduct bonus (50 percent) depreciation for most new business property and equipment purchased in 2008 (not 2009).  If bonus depreciation is not desired, an “opt-out” election must be made.  The first-year deduction for automobile purchases in 2008 was also increased by $8,000 (from $2,960 to $10,960).  Moreover, the limit on the expense election for most business property purchased in the tax year that began in 2008 was $250,000 (subject to various related limitations).  For tax years that begin in 2009, this limit drops significantly (to $133,000).  Leasehold improvements, in most cases, may continue to be depreciated using a 15-year life for property placed in service before January 1, 2010.

Finally, for purposes of 2008 tax preparation, the IRS reminds taxpayers that economic stimulus payments are tax-free, and taxpayers may qualify for a recovery rebate credit on their 2008 tax returns.

Taxes are dynamic.  As we proceed through 2009, proposals for tax legislation will be interesting, as the new administration settles in.  It would certainly appear that tax simplification will not be a topic of priority.  In most cases, such as the subject matter discussed in this article, taxpayers are strongly urged to consult with their tax advisors.

Joseph P. Nicola, Jr. is a Certified Public Accountant., Certified Valuation Analyst, and is licensed to practice law in Pennsylvania.  He is a Tax Director with Sisterson & Company in Pittsburgh, PA, and can be reached at 412-594-7006 or jpnicola@sisterson.com.