Robotic Surgery at Abington Broadens Its Scope and Success 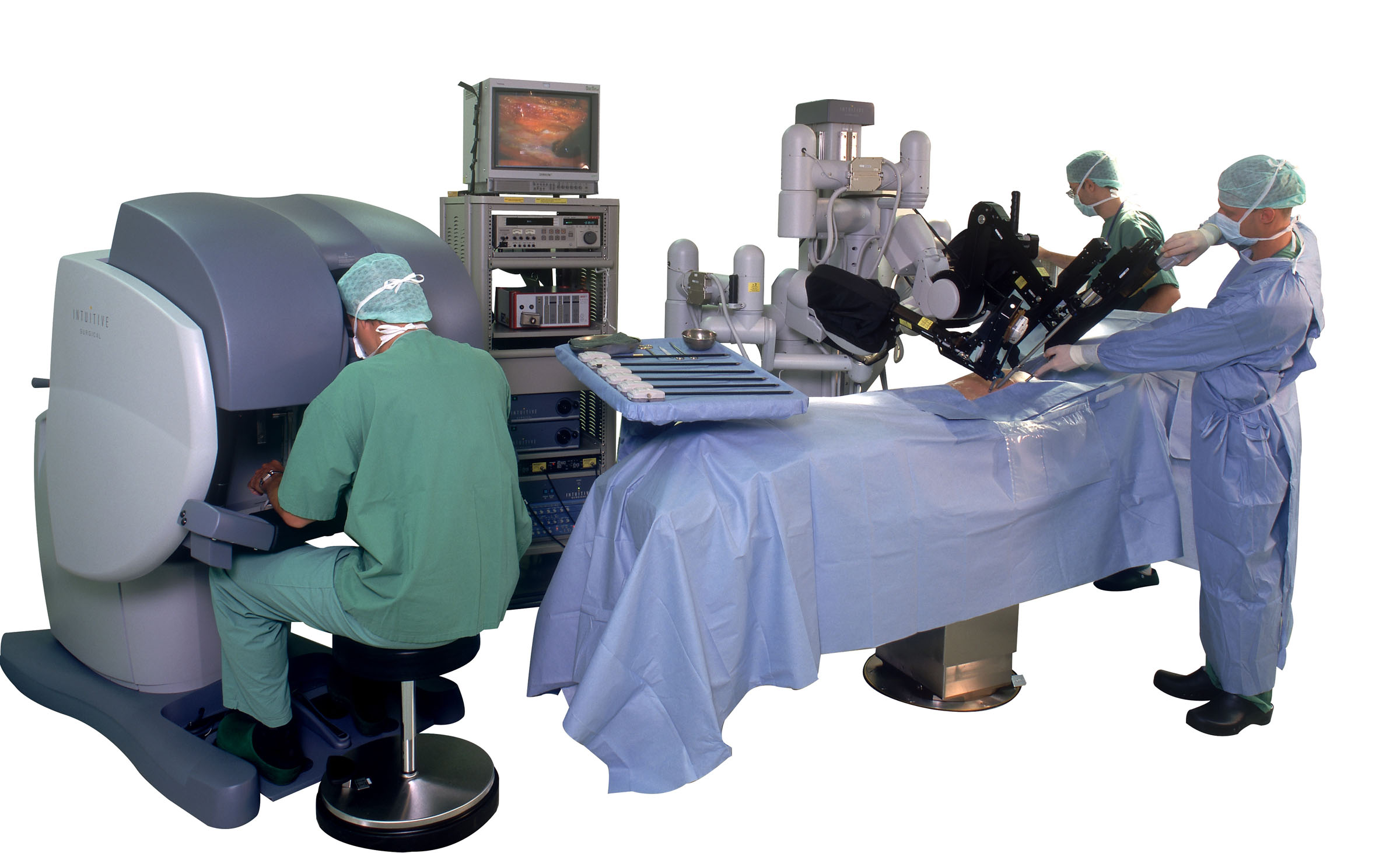 Until just a few years ago, it wasn’t possible to reliably achieve the surgical precision of open surgery with the patient comfort benefits of laparoscopy for certain complex  procedures. Although minimally invasive laparoscopy works well for some routine surgeries, the approach—in which surgery is performed through small incisions—may be more difficult for surgery deep in the pelvis, for suturing or for meticulous dissection. Those limitations have made laparoscopy less useful for surgeries such as prostatectomy and myomectomy, among others, which require meticulous handling, dissecting and suturing of fine tissues.

So, traditional open surgery was long the best choice for intricate procedures. Yet that meant patients experienced larger incisions, greater blood loss, more postoperative pain and longer hospital stays than they would have if laparoscopic surgery had been appropriate.

Using the robotic system’s fully articulated instruments and high-definition camera image, Abington surgeons skillfully maneuver through small, 1 cm ports as the robotic technology gives them greater precision, dexterity and control. The system  translates the surgeon’s hand, wrist and finger movements into actions of the miniaturized surgical instruments. It cannot be programmed to make decisions or perform surgical tasks without direct input from the surgeon.

Abington began its robotic surgery program two-and-a-half years ago. The hospital soon became an area leader, receiving robotic surgery referrals from throughout the region as physicians and patients recognized the technology’s benefits. “Robotics combines the best of both worlds—laparoscopy and open surgery,” says Lee Schachter, M.D., a urologist and director of Abington’s Robotic Surgery Program. “It takes the minimal invasiveness of laparoscopy and combines that with the advantages of open surgery, such as three-dimensional vision and greater wrist motion.”

That combination leads to high-quality surgery and better results. Before robotic technology was introduced, Schachter notes, very few patients had cancerous prostates removed laparoscopically because that method was very difficult with a large learning curve.  Today, many patients choose robotic-assisted laparoscopic prostatectomy. “Robotic surgery has opened up the capabilities, improved the overall quality of surgeries and given good results for patients,” he says.

Research bears out the Abington experience. In a direct comparison of robotic surgery and laparoscopy for radical prostatectomy, published in January, researchers at the Montefiore Medical Center, Albert Einstein College of Medicine in Bronx, NY, showed that the robotic procedure produced a faster return of urinary and erectile functions. Moreover, because robotic surgery reduces the problems of surgical hand tremor and fatigue that can occur in open surgery or laparoscopy, it can be more precise and even life-saving: A 2008 study from the University of California, Irvine, found that using robotic surgery for radical prostatectomy has led to declines in positive surgical margins.

Abington’s robotic equipment, the da Vinci® S Surgical System, has FDA approval for a wide range of procedures. Specialists at Abington are using the sophisticated technology for myomectomy, tubal ligation reversal, hysterectomy, salpingo-oophorectomy, kidney removal and reconstruction, esophagomyotomy, gastric bypass and abdominal cerclage, as well as for prostatectomy—more than 500 robotic surgical procedures since the program’s inception.

“Every department is expanding and increasing their volume of robotic surgery cases. They’re happy with the results,” Schachter says. “That’s part of the reason for the continuing expansion of procedures and patients.”