In Wellspan Health v. Bayliss (2005), the Pennsylvania Superior Court held that the public’s interest in access to specialty care was superior to the business interests of a hospital system. Wellspan is also noteworthy because, for the first time, the Court held that a hospital system’s referral base was a business interest that could be protected by enforcing a noncompete agreement (also called a restrictive covenant) against a formerly employed physician.

To appreciate the significance of the Wellspan decision requires a basic understanding of the law of noncompete agreements in Pennsylvania. Generally, noncompete agreements are not favored by Pennsylvania Courts, which have historically viewed them as unreasonable restraints on competition. Pennsylvania law requires a party seeking to enforce a restrictive covenant to show that its enforcement is reasonably related to the protection of a legitimate business interest. Therefore, to uphold the covenant against Dr. Bayliss, the Wellspan Court first had to find that Wellspan Health had a legally “protectible interest.” It did just that. While previous Pennsylvania Courts had recognized a patient base as a legally protectible interest under noncompete agreements, for the first time in Pennsylvania, the Wellspan Court found that “the referral bases of a specialized medical care institution are analogous to a physician’s patient relationships or an employer’s customer relationships,” both of which had been recognized as “protectible interests” by prior Commonwealth Courts. Wellspan (emphasis added).

In addition to the tests described above, in cases involving physicians, Pennsylvania Courts will more closely scrutinize restrictive covenants because physician services are valuable to the public. Before enforcing a physician’s agreement not to compete, Pennsylvania Courts will undertake a quantitative analysis to determine if enough physicians practicing in a particular specialty are available to serve the community in the area restricted by the covenant. This extra test for physician noncompete agreements means that it may be quite difficult for employers to enforce noncompete agreements against physicians, despite the parties’ written agreement not to compete, because the Court will also look carefully at the effect it may have on the community . It was this extra test that played an important role in the Wellspan Court’s decision. However, Wellspan is not the first Pennsylvania case to strictly scrutinize a physician’s noncompete agreement, or to consider the community impact of its enforcement.

In New Castle Orthopaedic Assoc. v. Burns (1978) the Pennsylvania Supreme Court found that greater harm would result from enforcing a covenant against an orthopedist where there was a shortage of orthopedists in the county and the orthopedist’s former employer failed to show it was substantially harmed by the orthopedist’s continued practice in the county. In reaching its decision, the New Castle Court found significant that the competing orthopedist had not solicited patients of his former employer and, further, that the former employer had not lost patients after the orthopedist began his own practice in the prohibited county. Finally, a major factor that the New Castle Court considered was the “effect of the action [in enforcing the noncompete] upon the interests of society as a whole.” The New Castle Court reasoned, “[p]aramount to the respective rights of the parties to the covenant must be its effect upon the consumer who is in need of the service.” After finding that a shortage of orthopedists in the county was resulting in significant delays for patients attempting to get appointments with orthopedists, the Court ruled against enforcing the covenant. Thus, the New Castle Court’s ruling against enforcement was due, in large part, to the potential harm to the community.

Of great significance in northeastern Pennsylvania counties and other areas facing physician shortages is the Wellspan Court’s emphasis on the community impact of enforcing a noncompete agreement. Clearly, the Wellspan Court was reluctant to enforce a restrictive covenant against a specialist physician in an area underserved by that specialty. The Court recognized that, if it enforced the covenant, it would deprive the community of that specialist’s care despite the parties’ agreement to protect Wellspan Health’s interests. To do so would be against the strong public interest in having specialty care available. As in New Castle, the Wellspan Court found the public’s interest in access to specialty care was “paramount” and, therefore, superior to Wellspan Health’s protectible interests. In following New Castle, Wellspan further establishes in Pennsylvania law that the agreement between the parties, and the interests of the employer in that agreement, can be overridden by the community’s need for the physician’s services. Thus, in light of Wellspan, it may be increasingly difficult for hospitals, or other employers of specialty physicians, to enforce restrictive covenants against specialists who are in short supply in their geographic area.

The Wellspan decision is also significant because it is the first Pennsylvania case to find that a hospital has a “protectible interest” in its referral base. Now, after Wellspan, just as an employer can protect its customer base or a health care provider can protect its patient base with a noncompete agreement, a hospital can use a noncompete to protect its referral base. Legal recognition of this “protectible interest” may make it easier for hospitals to enforce geographically broader restrictive covenants against physicians where they can show a referral base in a broad area that will be harmed by competition from a formerly employed physician. 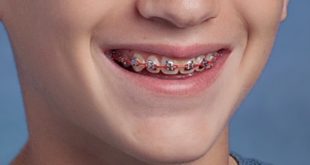